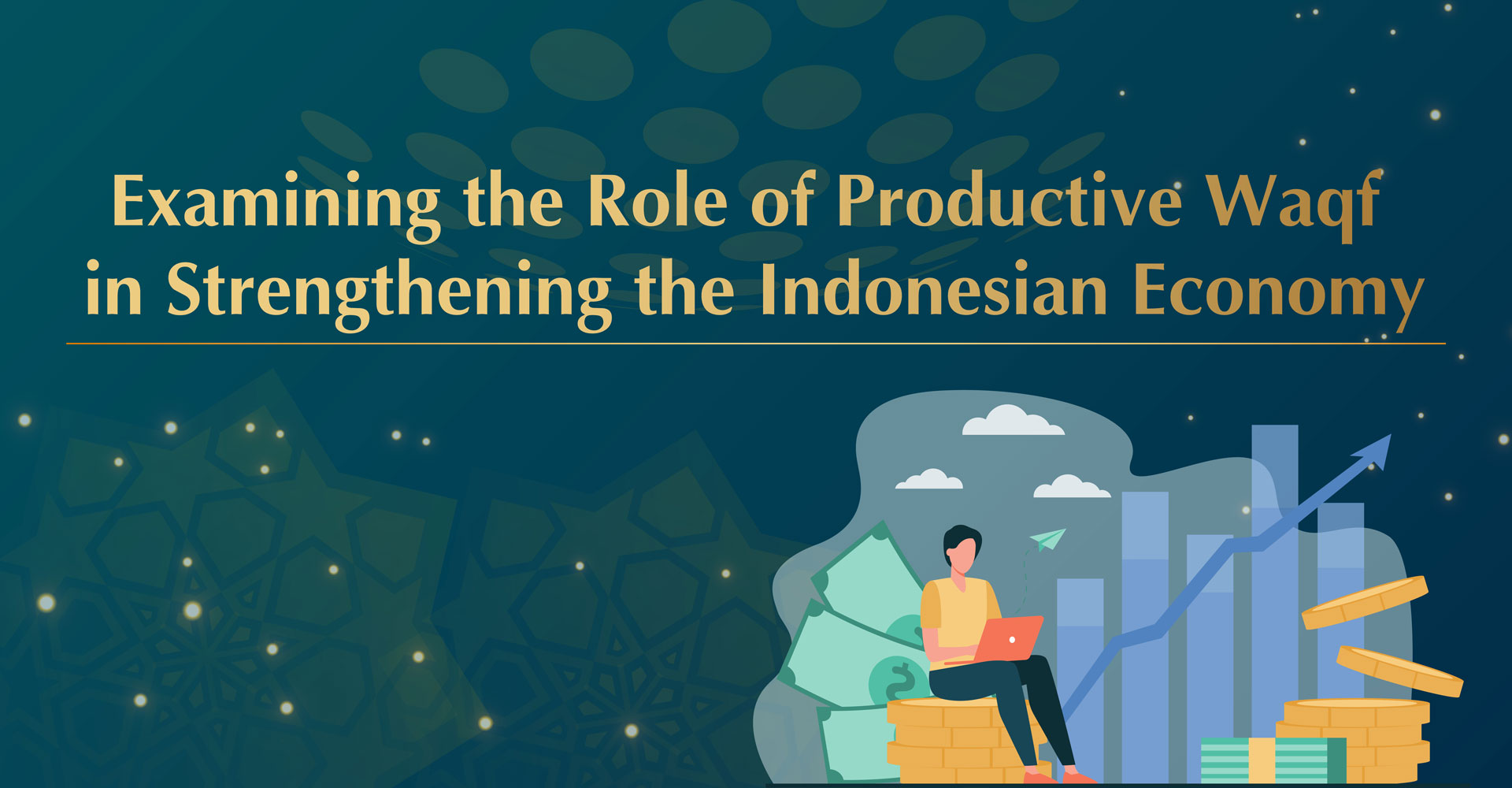 More than just managing donations for the benefit of the people, productive waqf also helps develop the national economy to strengthen social welfare.

Jakarta – Although the term waqf is commonly known by the public, there are still many people who do not really understand its true meaning. Not a few think that waqf is similar to land grants, considering that many waqfs are in the form of land which are often released for social use related to religious activities, such as the construction of mosques and madrasas. Whereas waqf consists of various types with very broad benefits.

Derived from the word ‘waqf’ in Arabic, which is translated more or less as ‘restraint’, waqf means the detention of the property of a person or institution whose eternal substance is handed over to take the best possible advantage of the surrounding environment, public interest, to the nation and state.

One type of waqf that is closely related to progressive benefits for empowering the people is productive waqf. This is a waqf management method that is oriented towards empowering related assets in order to generate profits in a sustainable manner. Interestingly, land as a form of donation that is most often used as waqf is part of this type, namely in the form of immovable property.

In addition, productive waqf can also consist of movable assets through the use of Islamic social financial instruments and commercial financial integration instruments, such as money, precious metals (i.e gold), and even stocks. Regarding the sustainable impact of empowering productive waqf itself, it means that the profits obtained can be used to increase business scale, waqf assets, or develop them as other beneficial programs.

Talking about its potential, according to official data from the Indonesian Waqf Agency (BWI), the total value of productive waqf in Indonesia currently reaches IDR 180 trillion per year. Meanwhile, based on the overall value of the waqf land valuation, the potential has reached IDR 2,000 trillion. With the spirit of a more modern transformation of national waqf, it will be able to maximize the potential of related assets to support the national economy, as well as promote the welfare of the people.

For this reason, optimal management of waqf assets is needed, which is not enough than just the qualified nazhir as waqf managers, but also government support in community empowerment. In Indonesia, the large potential for waqf (mostly in the form of land) is guarded by official regulations contained in Law (UU) Number 41 of 2004 concerning waqf, as well as Government Regulation (Permen) Number 42 of 2006 concerning its implementation. The two regulations emphasize the need for productive empowerment of waqf for social benefits, as well as encouraging the strengthening of the national economy.

According to BWI, Indonesia has now entered a new era of national waqf, which is marked by the growth of collective awareness across social structures to conduct waqf based on good waqf governance, namely through the use of waqf management technology, more flexible diversification of asset donations, safe use of cash waqf linked sukuk as a safe instrument, as well as strengthening the synergy between Islamic and commercial social finance.

Regarding its development in Indonesia, it is said that productive waqf can be managed to support the strengthening of the social economy. As quoted from the virtual national webinar “New Era of Waqf through Digital Transformation and Strengthening Ecosystems” held in early May by Bank Indonesia along with Badan Wakaf Indonesia, Masyarakat Ekonomi Syariah dan Ikatan Ahli Ekonomi Islam Indonesia, there are four important steps to transform productive waqf into an important pillar in the nation’s economic development, namely:

Meanwhile, like zakat with the Zakat Core Principle (ZCP), waqf also has principles that encourage the effectiveness of its implementation, namely through the Waqf Core Principles (WCP) as a joint initiative between BWI, Bank Indonesia and the International Research of Training Institute-Islamic Development. Bank (IRTI-IsDB). which is formulated for two purposes: to provide a brief description of the management of waqf management in supporting the strengthening of the national economy, and to provide a methodology that is in line with the monitoring system.

Must read! 10 Interesting Facts Behind the Successful Implementation of ISEF 2021