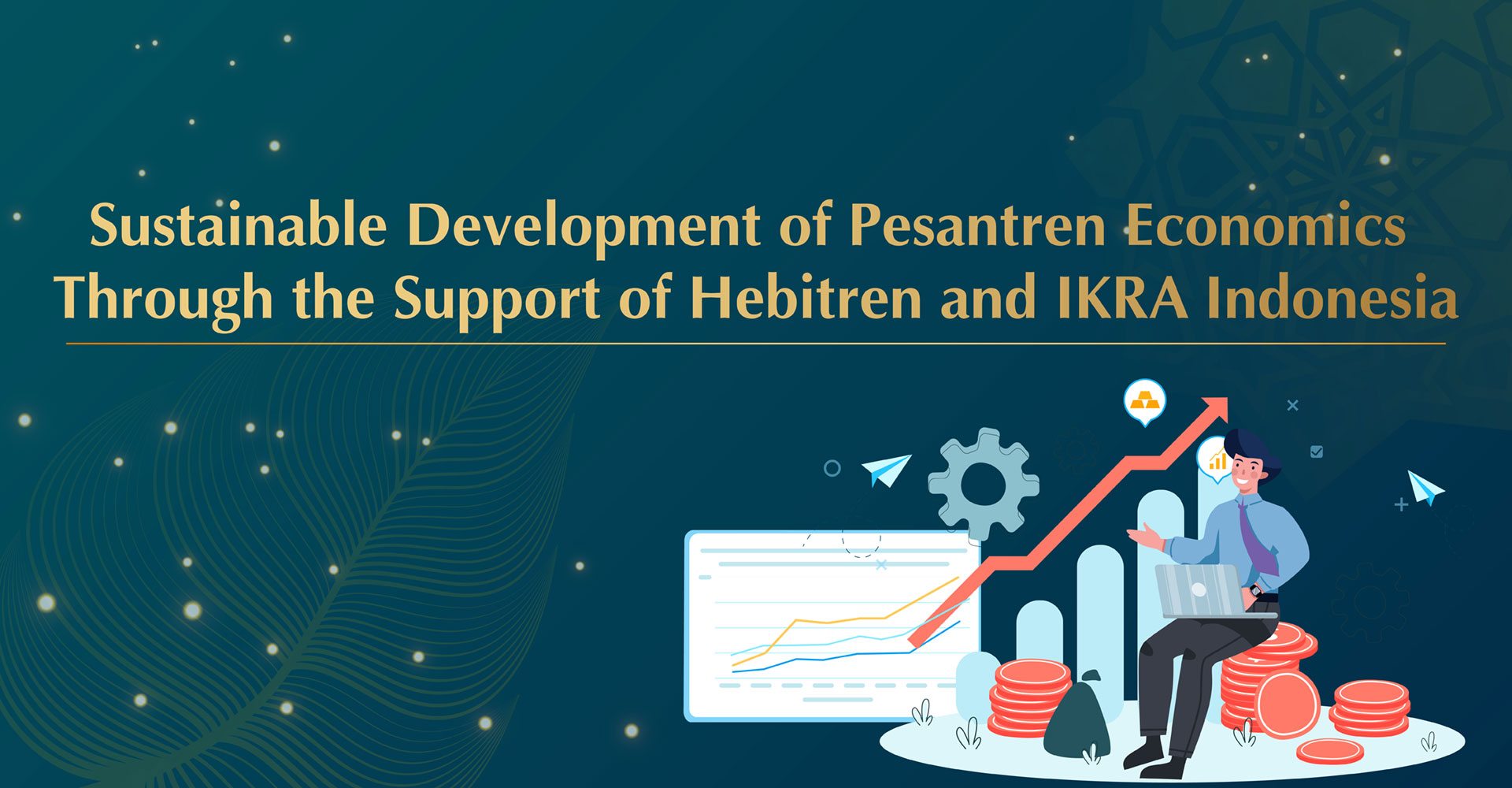 Jakarta – As one of the oldest educational institutions in Indonesia, pesantren or Islamic boarding schools have a strong connection with the dynamics of Indonesian society from time to time. Pesantrens also make an important contribution to the socio-religious field, where history bears witness to the influence of kiai and their santris in fighting for the benefits of society since the era of the early spread of Islam in the archipelago to the digital era as it is today. The resilience of the pesantren in navigating the times has proven that it is an educational institution capable of forming and developing religious-based moral values, as well as being a driving force and inspiration for nation building.

Focusing on the last benefit mentioned above, pesantren has abundant economic potential through efforts to fulfill the needs of its residents and the surrounding community. Not a few of them have even developed into economic actors who are able to empower the people more broadly. This prompted Bank Indonesia (BI) and several related institutions to arrange the formation of “Holding Ekonomi dan Bisnis Pesantren” (Hebitren) since the first event of the Indonesia Sharia Economic Festival (ISEF) in 2014, which culminated in the forerunner to its establishment at the Sarasehan 110 Pesantren Indonesia (Workshop on 110 Pesantren in Indonesia) at the end of 2019.

Independent and non-partisan, Hebitren seeks to foster the spirit of unity and togetherness of pesantrens throughout Indonesia, to become part of the vanguard of the nation’s economic recovery. Hebitren also supports the amplification of the nation-scale program of Pesantren Independence Roadmap, which was initiated by the government through the Ministry of Religion of the Republic of Indonesia, to develop pesantrens as more than just educational institutions, but also as pilot economic movements that empower people.

Meanwhile, BI’s support to strengthen the pesantren economy through Hebitren is contained in three strategic pillars, namely: empowering the sharia economy through the creation of an end-to-end ecosystem, encouraging the expansion of the Islamic financial market, and strengthening research, assessment and education related to sharia economic development in Indonesia. All of these pillars can be used as a reference in strengthening the economic potential of pesantren by taking into account the following three important aspects:

The three aspects above have ultimately proven to drive the significant growth of Herbitren in the last two years, which was able to reach 320 pesantren under the auspices of 17 regional coordinators across the nation. This commitment was expanded with the launch of the Industri Kreatif Syariah (IKRA) Indonesia –or Indonesian Sharia Creative Industry– by Bank Indonesia, for mentoring MSMEs in the pesantren business to develop more effectively in the national and international sharia market. In particular, IKRA Indonesia plays a role as a holistic sharia business development platform in the halal fashion and food industry, which includes capacity building, branding, marketing to bring it together with global buyers and investors.

Through Hebitren and the support of IKRA Indonesia, BI encourages the implementation of the following important points in empowering the economy of Islamic boarding schools throughout the country, namely:

Last but not least, the economic independence of pesantren can also be further enhanced through the presence of Baitul Maal wat Tamwil (BMT), or simply as a ‘sharia cooperative’ which functions to collect and distribute funds to members on a micro basis. There are two main functions of BMT, namely as a productive capital development institution for micro and small entrepreneurs (baitut tamwil), as well as being a place for depositing zakat, infaq, and alms to be distributed according to their usefulness (baitul maal). As for the economic development of pesantren, BMT can play a role through several benefits, such as helping sharia financing for business products and services developed by pesantren, as well as empowering sustainable economic development efforts for the surrounding community.

Even so, to establish a BMT cannot be said to be easy because pesantren must prepare several things such as capital, human resources, calculations that not only focus on profits but also the impact on the economy of the pesantren itself, as well as good management. Therefore, support and collaboration from various parties is needed to present BMTs that are beneficial (impactful) in various santri communities, as well as have a significant positive impact on strengthening the nation’s economy.

Must read! 10 Interesting Facts Behind the Successful Implementation of ISEF 2021